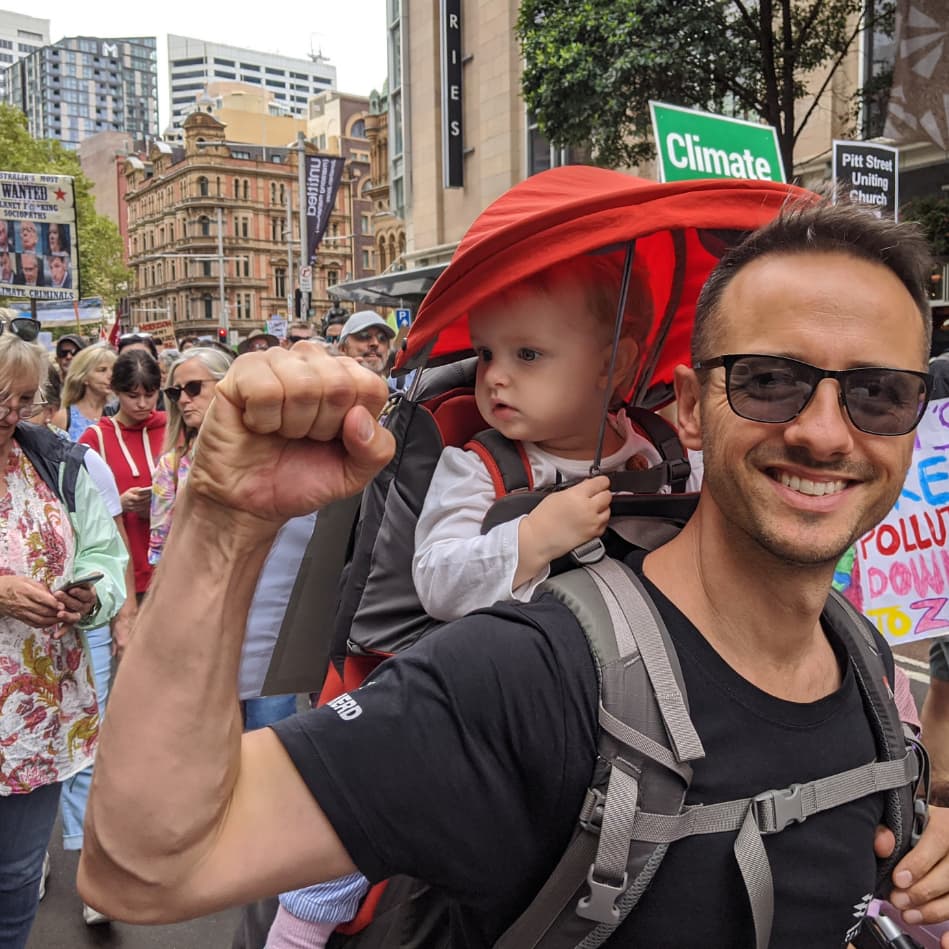 These are the types of questions we explore on any given day in Commerce and Geography lessons. The discussions provide an interesting contrast from one class to the next, and are occasionally incongruous. At times I feel like the Dr Jekyll and Mr Hyde of my school, part David Attenborough, part Richard Branson, albeit, less endearing and definitely less wealthy.

The truth is, I love both subjects and believe them to be incredibly important for students to learn about our world and how to navigate it. The Commerce course instructs students of their consumer rights and allows them to explore their entrepreneurial skills. It helps them to learn to manage their finances and exposes them to foundational economics. Meanwhile, Geography develops students’ understanding of biophysical processes and reveals the challenges of exponential population growth. It provides a framework to consider the complexities of geopolitics and the wonders and pitfalls of cultural integration. However, these two fascinating subjects often appear in competition with one another. The commercial world often sees the natural world and our attempts to sustain it, as green tape, barriers to trade and development. The environmentalists, on the other hand, see the commercial world as greedy, self-serving capitalists with an insatiable hunger to exploit the planet’s resources.

I’m not alone in finding it difficult to balance the challenges of economy and environment. On the 2nd of January, as Australia was in the midst of the extreme summer, Prime Minister Scott Morrison said in a statement, “our emissions reductions policies will both protect our environment and… seek to make sure the viability of people’s jobs and livelihoods, all around the country.” Many reactions to Morrison’s initial responses to the unprecedented bushfires were visceral and scathing. He was heckled in Cobargo and two people refused to shake his hand. Apart from demands for better federally coordinated leadership and more support for volunteer bushfires, many wanted to hear acknowledgement of the link between the fires and climate change. “As the fires burned, I was in no mood for balance. I was angry”, writes Judith Brett in her essay The Coal Curse, “Scientists had been warning of fires like these for decades. Ross Garnaut had predicted the fires of this scale in 2008 in the Climate Change Review.”

The failures of consecutive governments from both ends of the political spectrum to adequately address climate change has been well documented. The “Climate Wars” episode of Four Corners, that aired in May, recounted more than a decade of failed climate policy that have raged in Australian politics. It was an indictment on government and corporate interests alike. Regardless of your assessment of the Governments’ scorecard on addressing climate change, it is easy to resort to distraction or despair when contemplating our future in a warming world. How do we reconcile the seemingly incompatible agendas of economy and environment? It’s difficult to imagine these two elements of our world as anything but adversaries. However, lately, it has been the world of finance that has given me some hope about the future of our planet and sustaining its biophysical processes. You’ve probably heard about renewable energy sources like solar, wind, hydro and geothermal, but perhaps you’re not aware of stranded fossil fuel assets and divestment.

Renewable energy technologies have diminished in cost far sooner than anticipated. A recent article in the Nature Communications journal states that “the cost of utility-scale solar PV, onshore wind, and battery storage has fallen by 77%, 35%, and 85% between 2010 and 2018, respectively. Those cost trends bring new possibilities for widespread penetration of renewable energy sources and comprehensive power-sector decarbonisation that were not foreseen in previous policy discussions.” Many predict that renewables and storage technologies will be far cheaper than fossil fuel energies within the decade. In his book, “The Green New Deal”, Jeremy Rifkin claims that the competitiveness of renewables in global energy markets will lead to trillions of dollars of stranded fossil fuel assets. What are stranded assets? These are the costly oil wells and refineries, the coal mines and even the natural gas power plants, whose value is expected to fall dramatically when demand decreases for fossil fuels as a result of much cheaper renewable energy sources. It’s kind of like what happened to DVD players when Netflix arrived in Australia. “Let’s be clear that this Great Disruption is occurring in large part because the market is speaking”, says Rifkin, “Every government will have to follow the market or face the consequences. Governments that lead in the scale-up of a new zero-carbon Third Industrial Revolution will stay ahead of the curve. Governments that fail to move with market forces and instead remain in the collapsing twentieth-century fossil fuel culture will falter.” In response to these market signals, there has been a global movement to divest from the fossil fuel industry. Rifkin writes “Many institutional investors, led by global pension funds, have begun cashing out of fossil fuels and investing in renewable energies in what is becoming the biggest divest/invest campaign in capitalist history.” Despite some scepticism from environmentalists such as Extinction Rebellion, BlackRock, which manages assets worth $6.9 trillion, including big holdings in major oil producers such as BP, Shell and ExxonMobil, has announced it will “put sustainability at the heart of its investment decisions” by “beginning its shift of capital out of fossil fuels, including divestment of coal in its actively managed funds”.

What can you do?

If these predictions come true, there is good reason to respond. Not just for the ethical reasons of withdrawing our consent from corporations that profit from emitting carbon, but also because it makes financial sense. Rifkin expects that investors will lose trillions of dollars when the carbon bubble bursts around 2028. So, what can you do? Plenty.

Change your bank
The ‘big four’ banks in Australia – ANZ, CommBank, NAB and Westpac – have all publicly endorsed the Paris Agreement, even agreeing to support the transition to a low carbon economy. Yet years later, together they have loaned $35.5 billion to the dirty coal, oil and gas industry. There are many great alternative banks that do not fund the fossil fuel industry and offer a service as good or better than the ‘big four’, including Bank Australia, ME Bank and Teachers Mutual Bank. Visit the Market Forces website for a comprehensive list of the banks that invest in fossil fuels and those that don’t. You can also use the website to send a message to banks to tell them to stop investing in fossil fuels or get more information about switching.

Change your super fund
Superannuation is a little trickier. There are less options in terms of ethical superannuation funds, however, they are out there. Choice have an excellent guide to ethical superfunds. My pick is Australian Ethical because they “will not invest in companies involved in coal, coal seam gas, oil, weapons, tobacco, logging and gambling”.

Change your investment products
If you fancy yourself a bit of an investor and like to trade shares or buy managed funds, you might like to consider the growing number of ethical products on the market. Canstar list their top ten picks of high-performing ethical investment funds. On the list are products from Betashares such as their ‘Global Sustainability Leaders ETF (ASX code: ETHI) and ‘Australian Sustainability Leaders ETF (ASX code: FAIR) both of which aim to ‘track the performance of an index that includes a portfolio of stocks identified as “Climate Leaders” that have also passed screens to exclude companies with direct or significant exposure to fossil fuels or engaged in activities deemed inconsistent with responsible investment considerations’. If you’re looking for a lower risk investment they also offer a ‘Sustainability Leaders Diversified Bond ETF (ASX code: GBND).

What choice will you make?

Business and governments have a crucial role to play in reducing emissions and averting a climate catastrophe, but can we trust them to act to save our future of their own accord? Every individual has the power to make a difference. Every dollar divested from the fossil fuel industry means less carbon in our atmosphere and less warming for our future. Make a choice to be part of the solution. As I return to the classroom, perhaps a question that I may hear more often, in both Commerce and Geography, is “How do I manage my finances and investments in a way that sustains the earth and gives me a good return?”

The Sustainable Schools Network acknowledge Aboriginal and Torres Strait Islander people as the Traditional Custodians of the land and acknowledge and pay respect to their Elders, past, present and emerging.